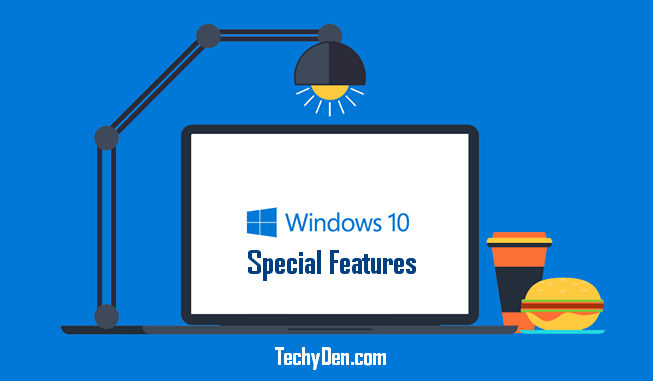 This article provides a basic overview of Windows 10 features. Windows 10 is the latest version of the operating system from Microsoft.

The windows 10 Platform, it can be installed on PCs and mobile devices like Smartphone and tablets.

The version released for computers unites the classic interface of Windows 7 with the new design of Windows 8, creating a versatile environment able to adapt to screens of all sizes and perfect for use with a keyboard and mouse, as on the traditional desktop.

What are Windows 10 Features?

The Microsoft Windows 10 Start Menu is compact and pretty much a mixture of the format found in versions 7 and 8 of the system. On one side it has a list of locations, installed applications, and documents, and on the other hand,

They are the dynamic blocks (live tiles), where program icons are displayed, weather information, news, and software data. There are also shortcuts for contacts and favorite websites. This is an outstanding feature of Windows 10.

The system menu can be customized: the blocks can be rearranged and resized, and everything can be fixed, including the Start Menu, allowing it to be full of information, according to user needs.

The Start menu can also be expanded so that it is a maximized window.

Quite useful when switching apps, the program displays large thumbnails of the software running, facilitating the identification of each of them.

Snap allows you to organize your open windows, including maximizing and resizing, just by dragging and dropping a window to different screen edges. Simply drag an application to one side that the system recognizes and already offers a thumbnail of the other for you to choose which you want to put across the screen. As soon as you release the mouse button, the window will jump to that position.

Now, in addition, to fitting windows to the left or right half of the screen, you can play windows to all four sides of the screen. This will give you a little more flexibility when working with multiple applications simultaneously.

Multiple desktops, which are common in other systems, have finally reached Windows version 10. When you click a button on the taskbar, a new desktop with independent programs and folders can be created to provide more organization to your computer.

The user can experiment with the combination of Windows + Tab keys, which is a more opulent version of Alt + Tab. But instead of switching applications, the shortcut will show the Expose-style interface (or Mission Control) feature, where you can create or switch between multiple desktops. Also, you can press Ctrl + Windows + right or left to move between virtual desktops.

To make managing it all possible, it was added to the Windows bar, a new task view button. When you click it, it’s basically the same as the combination of the ALT and TAB keys. But at the bottom, a list of workspaces opens, and, when moving the mouse over the items, an option is offered to close apps, add, or remove desktops.

In this version, all applications, even those made for the “Modern” interface – old Metro – Windows, are in a full window and integrate well with the Desktop and can even be resized, maximized and minimized. Under the new system, apps “Modern” and common programs will work side by side in resizable windows.

6. New tabs in the Explorer

In the Windows 10 version of the system, the “Computer” was removed and the app has received the “Share” tab and “Home” tab, in addition to the traditional “File” and “View”.

A new tab called “Home”, acts as a default home page when you open a new program window. This window shows the locations that you have marked as favorites, as well as your recently used files and folders. To complete the Windows Explorer allows you to set your favorite folders in the home for easy access to them. Though simple, the resort stands out for giving faster time to access files and folders.

One of the greatest innovations of Windows 10 is the personal assistant Cortana. She was born on Windows Phone and is one of the best features of this system, which now comes to Windows 10. It can be called using simple voice commands like “Hey Cortana” and lets you choose a song, open presentations, consult the weather time or emails using just voice.

The old “PC Settings” won a simple and intuitive replacement that will facilitate the user’s life when configuring your computer. It is designed to remember the old Control Panel and has a set of original icons. The application is organized by the setup area and helps the user to get to the point.

9. Xbox One in Windows

Windows is now more integrated than ever with Microsoft’s console. Along with the new OS comes a new Xbox application with a list of games and friends, including Xbox Live chat.

The “My Games” interface puts content into columns, so it looks and works the same on a desktop computer, tablet, and smartphone. There, you can post on your timeline, see the activities of your friends, watch gameplay videos on your DVR, and more. With the program, it can also interact with Xbox Live friends on the computer.

But the best news is a function that competes with Remote Play, the PlayStation 4: the new Windows, Xbox One games will be transmitted over the network and played on any Windows 10 device without the wires’ help. With this, you can use the motion picture recording feature to create gameplay videos and even edit them on your PC to share on social networks.

The Windows search tool is now fixed in the Start Menu and Taskbar, which facilitates its use and the user’s life. Windows Search can find more than just files and documents. It can also find apps you have on your computer and web results.

OneDrive also received some improvements in its operating method. Now the user can choose the files to be stored in the cloud. You can also choose where the document is saved, even when the computer is not connected to the Internet. It is one of Windows 10’s new features.

The system now natively supports the popular multimedia file format MKV. i.e., files in this format can be played directly in Windows Media Player and in applications of their choice, without the need to install codecs. The system provides such comprehensive support that it displays thumbnails and metadata for files in Windows Explorer.

Microsoft also has improved support for DLNA, or Digital Living Network Alliance, technology. This will make the integration of the PC with media devices much easier, and listening to music or watching videos from your computer on your TV will be much simpler.

The new Windows now has central notifications, following the lead of mobile systems and OS X. It displays interactive alerts that can be performed instantly and can be accessed via a button in the shape of a balloon located near the clock. When new notifications arrive, the Center button is completed; otherwise, it only displays contours.

Windows Central also features quick shortcuts for the user to switch between tablet and computer mode, connect to other wireless devices, access settings, use VPN, and go into airplane mode, among others. This is similar to what is found on phones running Windows Phone and Android.

The result of the highly anticipated Project Spartan, Microsoft’s new browser promises to overcome the current Internet Explorer in performance and functionality. Visually it is very similar to Google Chrome: tabs are on top and the rest is below.

In the new browser, Microsoft invested in a reading mode for news sites, handwritten notes synchronized with OneDrive, and of course the integration with Cortana, the voice assistant. Just like Google Chrome and Mozilla Firefox, Microsoft Edge also supports add-ons, plugins, and extensions.

Windows 10  is the result of a Microsoft working together with its members and a large self-criticism. The result is a system with good features and delivering great user experience.

Undoubtedly one of the highlights of this new version of the system is the personal assistant Cortana. As he did in Windows Phone, it has the potential to change the system user experience on the desktop.

Although not bring a new feature, the Edge stands out for giving a new chance to a Microsoft browser, since Internet Explorer has lost its space and the friendliness of users over the past years.

Beyond your news, one of the main merits of Windows 10 features is the system brought from other systems like multiple desktops, the notification Center and other changes. This facet of the new system helps users to have more resources at their disposal, without their need to use other systems.

However, compared to other systems, Windows 10 has even more customization options for the interface. It even lets you make some standard changes to how it looks, which is a step ahead of your competitors. For the user who likes to look different, it remains only to use third-party programs that may be unstable and, to date, are not yet compatible with the new system. Windows 10 features are very special. 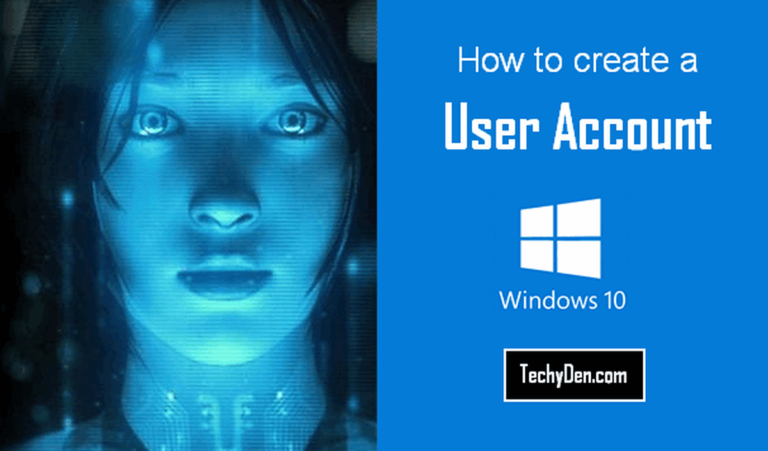 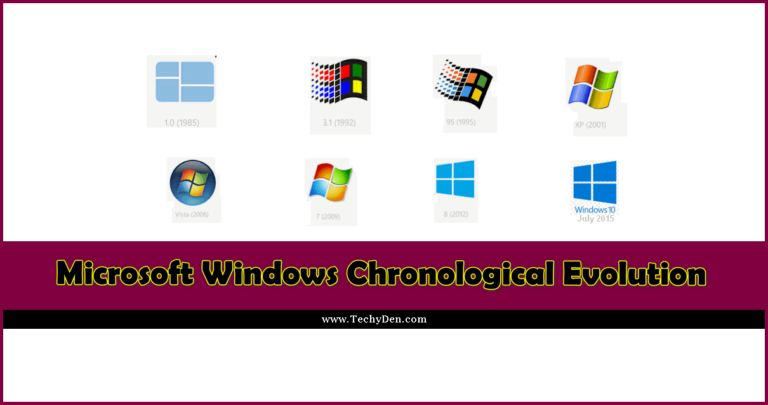 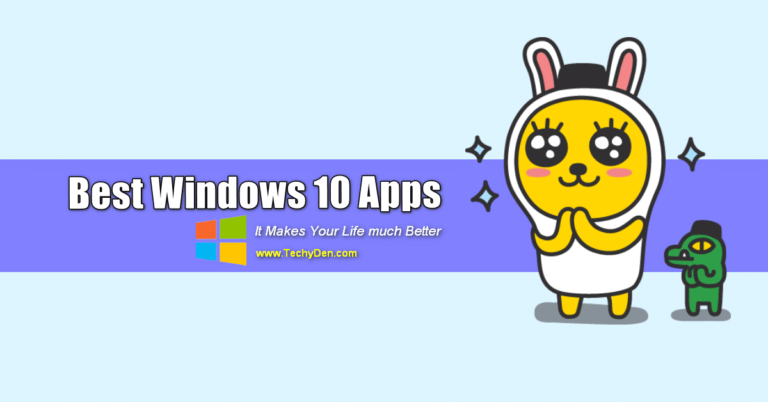 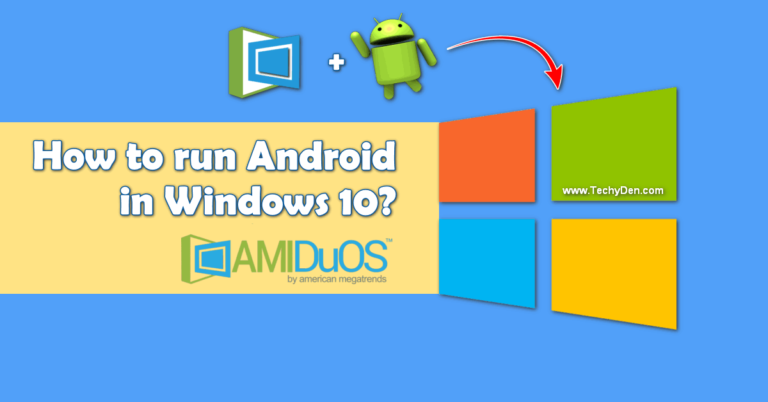 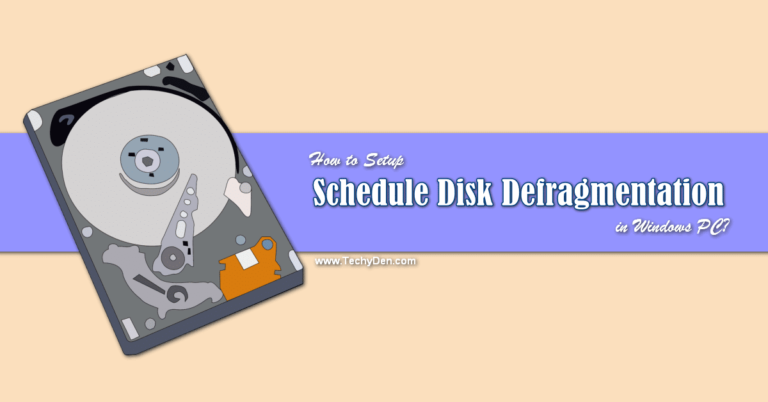